This year has been a mix of hard times and great expectations for English cricket. The 4-0 drubbing in Australia during the Ashes and the 1-0 capitulation against a resurgent West Indies earlier this year forced a major rejig in England’s Test set-up.

While Joe Root stepped down from the Test captaincy in April, former England and Wales Cricket Board (ECB) director of cricket Ashley Giles and head coach Chris Silverwood were sacked after they managed a solitary win in 17 Tests over a 14-month nightmarish period.

The revival process was set in motion once Rob Key was appointed as the new managing director of England men’s cricket in April. Realizing the need to adopt a fresh approach in the longest format, Key handed over the reins of the beleaguered Test team to the new captain-coach duo of Ben Stokes and Brendon McCullum, who’ve got England back to winning ways with their attacking brand of cricket.

England’s aggressive intent was manifest in the way they chased down fourth-innings targets between 275 and 300 on all three occasions en route to inflicting a 3-0 whitewash on reigning World Test champions New Zealand in the recently concluded home series.

England have fared much better in limited-overs cricket with this devil-may-care attitude, yet Eoin Morgan’s extended lean patch was proving to be their Achilles’ heel. With Morgan, England’s only ODI World Cup-winning captain, hanging up his international boots on Tuesday, it will be interesting to see who replaces him at the helm and builds on his legacy alongside the team's new white-ball coach Matthew Mott.

England’s next assignment is the rescheduled fifth Test of the Pataudi Trophy against India, which will start on Friday (July 1) at Birmingham’s Edgbaston Cricket Ground. The series stood at 2-1 in favor of India when it was postponed indefinitely due to a COVID-19 outbreak in the Indian camp after the fourth Test last year.

Although the Test leadership mantle has been transferred from Virat Kohli to Rohit Sharma in the meantime, the latter is doubtful for the series decider, having tested positive for COVID-19 last Saturday.

In an exclusive conversation with Sportskeeda ahead of the Edgbaston Test, former England opener Nick Compton picked his favorite for the match and spoke about Kohli’s current form, the candidates to replace Morgan as England’s white-ball skipper, Root’s chances of breaking Sachin Tendulkar’s record for most Test runs.

A grandson of the legendary English cricketer Denis Compton, Nick amassed 775 runs from 16 Tests, including two hundreds and two fifties.

Q: England are fresh from their 3-0 series whitewash against New Zealand, while India are likely to miss Rohit Sharma’s services in the upcoming Test. Besides, India have never won a Test at Edgbaston. Is it fair to say that the odds are stacked against India?

Compton: England are riding the crest of a wave and it’s a new wave. Often after you endure a difficult time, which English cricket has, you’re going to get an upliftment once you find a new voice and fresh messages.

Joe Root and the former leadership team comprising Chris Silverwood and Ashley Giles came under a lot of criticism after we won only one of 17 Tests. I think the Ben Stokes-Brendon McCullum pair have infused positivity in the team. When you come on the back of some bad performances, it can’t get much worse, can it?

I think England are in that honeymoon phase of having some exciting young players. I think the team’s aggressive mindset is reflected in the kind of players they’ve picked. Jonny Bairstow, Ollie Pope and Joe Root are prolific run-getters. They are not people who are defensive. They are attacking-minded.

To be honest, New Zealand were not at their best in the three Tests. Kane Williamson has come off a really bad IPL. His form hasn’t been good. If your best player isn’t scoring runs like England’s best player Joe Root, it’s going to leave a big gap in your batting line-up.

I think England are in a strong place now and will go into the one-off Test as favorites. It’s going to be tough for India to come in for one Test and be expected to outperform an England team who have been familiar with their home conditions this summer. But as we know, India are a very strong side with plenty of match-winners.

The only question mark for a while has been on Virat Kohli’s form. People underestimate how difficult it is for even a player of Kohli’s class to keep that level and standard up after losing his captaincy. We should remember that he plays in all three formats of the game. To keep turning up every day with that intensity is very difficult.

His way has been to keep pushing the athletic boundaries and keep getting fitter. I think the loss of captaincy would’ve taken a lot out of him mentally. That’s naturally going to affect anyone. Perhaps he needs a break to recalibrate and think how he’s going to plan the last six to seven years of his playing career. He’s a great player, so he’ll surely work it out. India need him to score a lot of runs in their middle order.

Q: Kohli scored 149 the last time he played at Edgbaston, but hasn’t scored an international hundred in over two-and-a-half years. Do you think his wicket will be the key to England’s chances of retaining the Pataudi Trophy?

Compton: It’s a big question mark as India haven’t played Test cricket for a while. Like England, they have a lot of good young players coming in. I think what India need to figure out now is who are the guys they’ll go forward with in Test cricket.

I feel under Kohli’s leadership, the team changed too much and the players didn’t feel settled. Even when he was captain of Royal Challengers Bangalore (RCB), the team was changing too often, while Faf [du Plessis] stuck with the same combination in most matches.

Fundamentally, Kohli and [Cheteshwar] Pujara are two vital cogs in this Indian team. I think Pujara got a little bit stuck for some periods of his career. He has more shots than he sometimes shows. India’s solidity in Test cricket relies on Pujara batting for a long period of time.

If he can do that, he’ll set up a good platform for Kohli and some of the other exciting players. Kohli and Sharma need to return to form as soon as possible. It would be great for world cricket if Kohli starts scoring big hundreds again.

Q: Speaking of the influence of the McCullum-Stokes pair, we are seeing Joe Root hitting reverse scoops for sixes. Do you think this will be the template for England going forward – to play Tests like white-ball cricket?

Compton: Exactly. It’s no secret that Brendon McCullum has had a big influence on Eoin Morgan’s career and captaincy. They are very good friends. As you can see, there is a very similar thread of confidence between England’s Test and white-ball resurgence.

From an entertainment point of view, Test cricket has been under threat for some time. If England can play the kind of cricket where Joe Root is reverse sweeping for 15 runs, that’s something we wouldn’t have seen when he was the captain (laughs).

I think it’s exciting, but we need to be careful. In Test cricket, you can’t just go out there and hit everything for four. There will be times when the ball will seam and move a bit more than what we saw in the New Zealand series. The wickets are not going to be flat and your technique will come into play.

I think there’s still a question mark over England’s top three. If you want to be the number one-ranked team in the world, you have to be very consistent. On bad days, you need to find a way to get 280 and grind it out. You should also have the ability to play like Rahul Dravid and Jacques Kallis at times.

Q: Eoin Morgan has announced his retirement from international cricket. Who do you think is going to replace him as England’s white-ball captain?

Compton: The two obvious candidates are Jos Buttler and Moeen Ali. I think Buttler will get the job and Moeen will be the vice-captain. We’ll find that out soon. England’s new white-ball coach Matthew Mott has had a lot of success in Australian women’s cricket. He’s an experienced man and it’ll be upon him to decide who’ll take over.

Eoin hasn’t scored runs for some time now, but has left the white-ball team in a very good place. I think they’ll continue much in the same vein. You look at some of the players in the team now and the likes of Liam Livingstone, Phil Salt and Dawid Malan have all scored runs.

Q: England have tried out eleven different openers in Test cricket since 2019. Your cousin Ben Compton, also an opener, has been in stellar form in domestic cricket this year. How far is he from a Test call-up?

Compton: It’s very hard to say. Ben is a bit old-fashioned like Pujara who’ll bat for a long time and give you solidity at the top of the order. The problem is with Stokes and McCullum looking to play an attacking game, if you are somebody who doesn’t play like that, are they open to having players who remain rooted to the crease?

They’ve got Alex Lees at the moment. I think Ben is better than Lees. I think Lees is a bit flat-footed, whereas Ben is a better timer of the ball. Ben is somebody who could definitely get an opportunity if, say, Lees were to struggle. I don’t think Ben will play for Zak Crawley because then you’ll have Lees and Ben who are too similar in terms of the way they look to play.

Plus, both are left-handers as well. England prefer a left-right opening pair in Tests, so Ben might have to wait a while. It all depends on the style of cricket England want to play. I believe in Test cricket, you can’t have everyone trying to hit fours. You need a couple of batters like Pujara, Jonathan Trott and Alastair Cook who can give the team solidity, especially when things are tough and wickets are falling.

You need somebody to hold things together. I hope Ben gets a chance as we’ve worked very hard together and he has shown a lot of perseverance and dedication.

Q: Do you think Joe Root can surpass Sachin Tendulkar’s record for the most Test runs?

Compton: I think he can. He’s young and is right up there with Tendulkar in terms of runs scored at 31 [years of age]. Barring a loss of fitness or a major injury, it’s hard not to see someone playing like him scoring runs.

Joe is an incredible player. When you think of his consistency, he scores runs every time he bats. I think there will come a point when the runs dry up or he has a tough series.

Between now and Tendulkar’s record, if he can keep going like this, he’ll get there. If there’s a big slump in his form, how will he respond and get through that? That will be the next big challenge for him.

At the moment, there’s nothing stopping him. It would be an amazing achievement if he breaks Tendulkar’s record.

Q. Do you think India can win the fifth Test against England without Rohit Sharma? Watch: Virat Kohli gives insight into his training regime in... 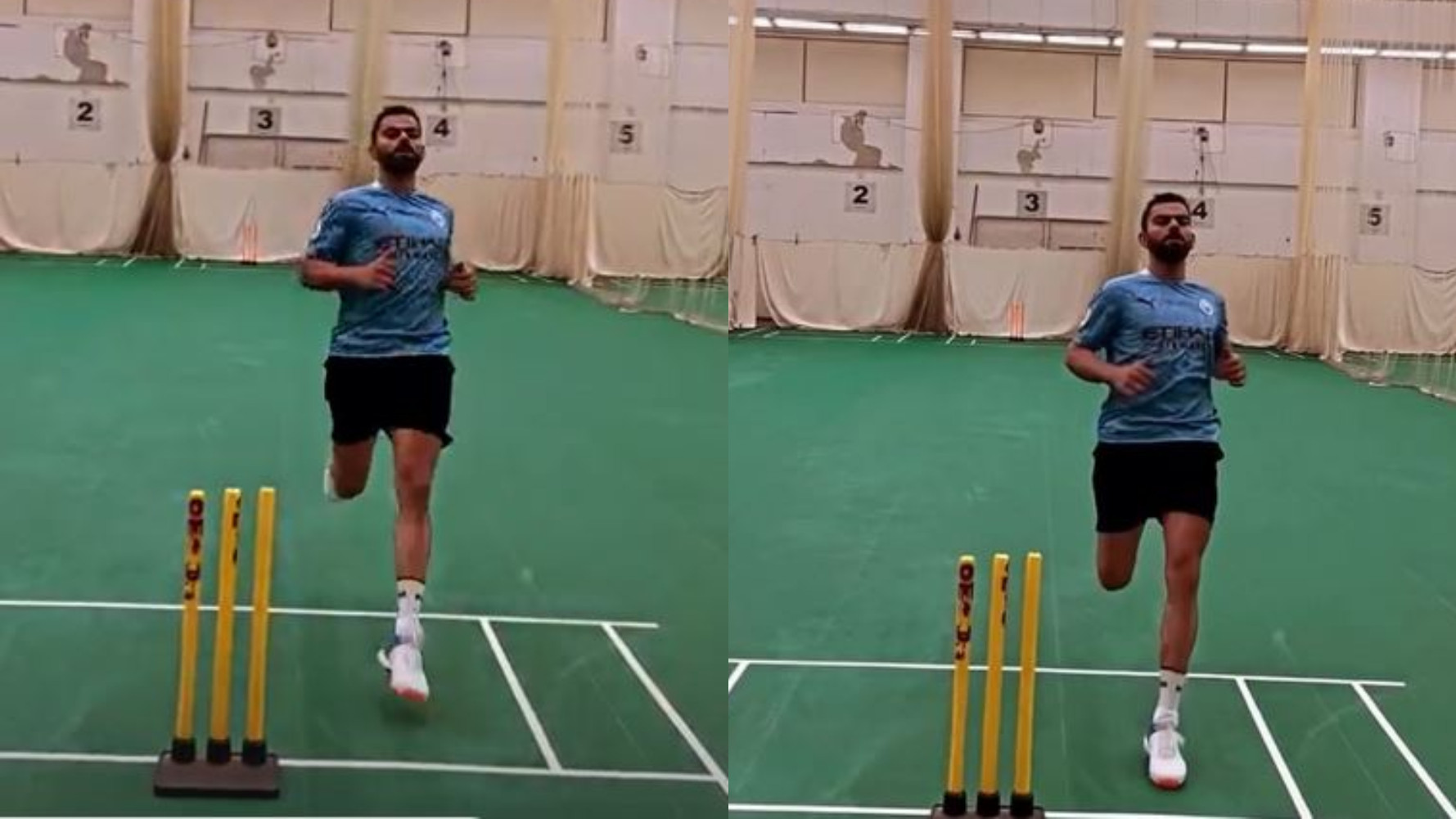 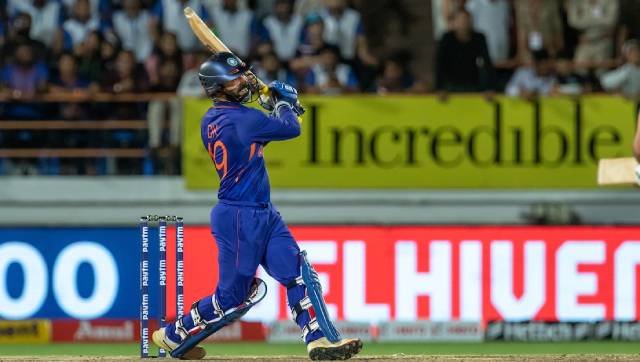