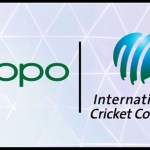 ICC Sponsorship Troubles – ICC World Cup Sponsors, Oppo, Upstox to PULLOUT: The troubles with GLOBAL economy has started badly reflecting on Cricket Sponsorships. Earlier this week the BCCI was in news for Sponsorship troubles. Now InsideSport has learnt that ICC’s top SPONSOR has decided to move out of the relationship with the global cricket body. InsideSport has learnt that some other sponsors of the ICC are also deliberating to move out of the contractual relationship with the ICC: Follow Cricket News LIVE Updates with InsideSport.IN

InsideSport has learnt that OPPO has already written to the ICC informing them about their intent to discontinue the relationship. OPPO had a deal with ICC till 2023 ODI World Cup.

The brand has written to the ICC for transfer of the sponsorship rights to a 3rd party. InsideSport reached out to ICC Marketing departpment who refused to acknowledge the developments.

“We can’t say anything about this. We would not like to comment on it”, said the member of ICC Commercial team.

Will Upstox also leave ICC Sponsorship? Another trouble coming in from ICC Camp is from the BRAND Upstox. Upstox, an online stock trading platform also is set to discontinue the relationship with ICC. The sponsorship amount is around USD 5MN.

Like various other start-ups, Upstox is reportedly going through financial stress and the company reportedly has decided to cut on Marketing Costs that includes the sponsorship deals with ICC & BCCI.

Another brand relationship which can spell trouble for the ICC is BharatPe. The information coming in from BRAND side is that they too are likely to pull a plug on the relationship.

IND vs WI 1ST ODI: Ravindra Jadeja ruled out of 2ND ODI, KL Rahul also out of T20 Series vs…

Sponsorship Troubles for BCCI – Upstox, Unacademy, PayTM to pullout: It’s raining bad news for the BCCI as well. On Thursday InsideSport had reported that BCCI’s title sponsor PayTM has decided to call it QUITS with the board.

Now two IPL Sponsors have decided to end their contracts with the world’s most lucrative cricket league. IPL’s central sponsor Unacademy & Upstok have informed the board that they would like to discontinue the association.

Upstox, Unacademy to pullout? The official sponsors of the Indian Premier League (IPL), Upstox and Unacademy have informed BCCI of an immediate transfer of rights. The two brands wish to discontinue their association with the league. The partnership of Upstox and Unacademy runs till IPL 2023 i.e 16th season of IPL.

The brands have requested the BCCI that they would like to transfer the sponsorship rights to a other party. The representative agencies of both brands have been looking for other companies in the market who are willing to buy the IPL Sponsorship for 1 year period.

BCCI provides a sponsorship clause, which allows the brand that has an existing partnership with the cricket governing body of India to sell its sponsorship rights to some other company.

If brands get to transfer the rights they will have to pay the BCCI 5% as transfer fee.

The digital payment company has informed the BCCI that they are not interested in continuing as Title Sponsor of the Indian cricket. PayTM has further requested that the rights may be assigned to Mastercard. But the board is yet to approve the said request.

A source in BCCI confirmed the development to InsideSport but said PayTM request has not been timely and at this stage can’t be considered.

“Yes, they have sent in a request for the trasfer of the rights. It is correct there is a provision for assignment of Rights to a third party. But such request should have been made before 1st July”, confirmed the BCCI source to InsideSport.

What’s wrong with the BCCI Sponsors?

In IPL as well VIVO recently left the deal mid-way and the rights were passed on to TATA GROUP.