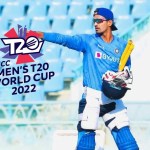 IND vs WI: India World T20 squad: Deepak Hooda is a man on a mission. After an impressive show in the Indian Premier League 2022, the Indian batter has been making the right noises at the international arena, including the India vs West Indies third ODI. With the T20 World Cup scheduled for October and the ODI World Cup slot next year, it is the right time to grab attention. Follow India tour of West Indies 2022 live updates with InsideSport.IN

In the third ODI against West Indies, he smashed an important 33 runs while he delivered with the ball, scalping one wicket.

It is such all-round quality of the player, which cannot be overlooked by the selectors when they pick the 15-member T20 squad for Australia. In fact, it could be a toss up between Shreyas Iyer and Hooda.

Besides the third ODI, he has been a consistent player for India of late. More importantly, there seems to be a conscious move to use Hooda as an all-round bowling option. It is important to note that Hooda’s main role will still be as a batter that can play match-winning knocks.

In fact, all his scores for India, of late, has been decent. He even scored a T20 ton last month. Also, he has scores of 25 plus in all his innings for India. He has been able to deliver in style, irrespective of the batting position, as an opener or a middle order batter too.

What does he bring to the team?

His form comes at a time when Virat Kohli has been struggling to make big runs. Even when Hooda was left out of the playing XI in the last series, there were plenty of experts, stating it is not fair to ask a player to sit out when in form.

If the player continues to play such cricket on a consistent basis, it is a selection headache for the management. With India comprising a solid T20 squad, they must somehow figure out a 15 to include him. Including him can prove to be a game changer.